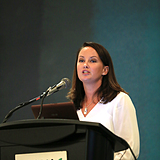 Education and training programs that teach teens, teachers, social workers, parents as well as law enforcement and other community groups how to recognize the symptoms and signs of human trafficking are now more available, but more needs to done, they said during presentations and a question and answer period that followed.

Hart, who was keynote speaker at the event, co-hosted by the Santa Cruz Branch of the American Association of University Women (AAUW) and Soroptimist International of Capitola-by-the-Sea, warned that trafficking victims are more often lured into modern day slavery by a handsome, charming charlatan promising romance than a brazen kidnapper. Other tactics traffickers use are isolation and force.

“Fraud and coercion can really work together,” she explained to the capacity crowd at Twin Lakes Church auditorium. “Traffickers are constantly studying these youth.”

Corneille said that foster youth are the most vulnerable as are LGBTQ individuals who may already be being shamed and feeling misunderstood. The homeless are another vulnerable group.

“We need to really listen to young people and support our foster kids,” she said.

There are tools available to teens to report a threat or escape a possible trafficking situation. As part of the Safe & Sound program, teens are provided with an easy to remember, toll-free number: 1-888-3737-888 and to text “help” or “info” to 233-733 if they are feeling targeted or want to escape from a trafficker.

If a targeted teen is in immediate danger of being trafficked they are still urged to call 911, but to also tell the dispatcher they suspect they are being trafficked. The dispatchers are specially trained to handle those types of calls and contact appropriate officials, such as Monarch Services.

Monarch supports both family members and children and works to stop the cycle of violence, according to Rogers. She added they have a support intervention team that does in-person advocacy for everyone seeking help and have a 24/7 bilingual crisis line, 1-888-900-4232.

Inspector Besk, who is a former police officer who left his job to work with an international organization dedicated to rescuing victims of trafficking in Thailand, said the community needs emergency services and beds, but much more collaboration.

He added that the District Attorney’s office is training law enforcement officers and is now offering training to fire fighters, who have easier access to locations than police officers do not without a search warrant, to recognize possible trafficking operations.

Likewise, Deborah Pembrook, of the Monterey County Rape Crisis Center, and the lead survivor with the Monterey and Santa Cruz County Coalition To End Human Trafficking, said more resources for foster families are needed. She said her organization is building systems for survivors and that only a handful are getting what they need, but trafficking is growing.

“We’re beginning to build the framework, but we have so much further to go,” she said. 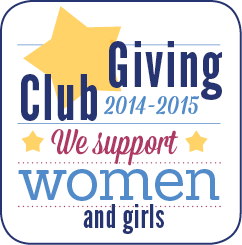